Raise a Glass to Alcoholic Beverages 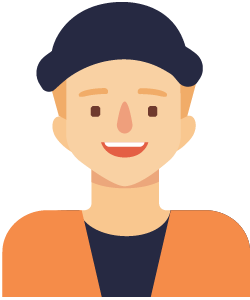 People raise a glass and toast for all sorts of different reasons. But have you ever toasted to your alcoholic beverage itself? This might be something worth doing if you really appreciate what you're drinking. After all, brewers put a lot of time and thought into the beers they make. That deserves a toast! Bartenders spend a lot of time learning how to mix cocktails, and then also creating them. That deserves a toast, too! The next time you raise a glass, raise a glass to your drink. Then, stop back and read a few of the articles on this blog, which is all about alcoholic beverages.

Learn About Some Different Types Of Beer
22 July 2022

There are a number of different types of beer. If …

There are many features and amenities that you may …

If you live near a discount liquor store, then you …

Beer is a beverage with a long and rich history. P …

Beer is a beverage with a long and rich history. People were drinking beer in medieval times, and it's a drink that's still popular today. Today's beer drinkers have a huge variety of beers to choose from. From red ales to IPAs, beer enthusiasts are spoiled for choice. Pale ales are particularly enjoyable for many people. Here are four reasons to enjoy pale ale beers:

Beer is made from a grain mash that is fermented until alcohol and carbonation form. Hops are a key ingredient in beer, along with wheat, malt, or barley. Many craft beers contain aggressive flavors developed through the generous use of hops. However, not everyone enjoys an excessively hoppy beer. Some beer drinkers prefer a milder taste and aroma. Pale ales are less hops-forward than other beer varieties. Pale ale beers offer a mild, light taste that pairs well with fresh dining fare.

2. Feast your eyes on the beauty of pale ale beer

Food and drink are meant to be enjoyed with all of your senses. Beer is prized for its taste, but it also has visual appeal. Pale ale, in particular, is visually appealing. Pale ale tends to be lighter than other beers due to the ingredients used in its creation. The result is a color ranging from bright, clear gold to pale amber. Pale ales are especially enticing when served in beautiful bulb-shaped glasses for maximum visual impact.

A cold glass of beer can be the perfect way to cool off in the middle of a hot afternoon. However, too much alcohol can easily put a damper on a refreshing session of day drinking. Most people who enjoy a midday beer want a refreshing beverage that will allow them to relax without getting too drunk. Pale ales are an ideal lunchtime or afternoon choice. Pale ales are typically crafted with 4.4% to 5.4% alcohol by volume. This relatively low alcohol percentage will allow you to have a pint of beer without becoming unpleasantly inebriated.

4. Try beers made by artisanal breweries

Small breweries create delicious craft beers that combine fresh ingredients with bold flavors. Many local breweries try their hand at making pale ales. If you're interested in sampling the beers your neighborhood has to offer, starting with their pale ales is a good way to go. When you go on this adventure, you can find limited edition beers that take exciting culinary risks.